My choice this time for this Coffee Chat is Jonathan Estabrooks, a Canadian baritone which I have the pleasure to know (not meet yet) and have to say is a good friend.
Let´s start.

Diego – Hello my dear Jonathan, always a pleasure to contact you! Well, here comes the challenge, how we can start this Coffee Chat… perhaps in a simple way… who is Jonathan Estabrooks?
J.E. – Likewise to hear from you Diego! You’ve been such an incredible supporter of me and music for so many years! Well that is a big question, but I’m originally from Canada and I am an entertainer through and through. I’m a classically trained baritone but I also sing in a variety of styles and have for many years. As a child, I sang in choirs and performed pop music and musical theatre. I even had a high school barbershop quartet group and had ahe pleasure of singing for then President Bill Clinton. I think more than anything, I am a creative and passionate person, whether singing or producing. I love the act of creating and more importantly the process of creating. Of course the final product is fun, but the journey is even better

Diego – When did you realized that your future was going to be such a singer? I mean, there is a story behind before becoming baritone.
J.E. – Yes, well as I mentioned I was very active in music as a young child. I was always performing and clearly and extrovert (just ask my mom). There is a story of a family camping trip in which I decided to turn the back of our minivan into a stage and started blaring “Born in the USA” at the top of my lungs…foreshadowing things to come? Hahah I have been in the US now 12, but born and raised in Canada and proud of it:)

Diego – The stage… have many landscapes… and you have been in many of them… which have been those that leave an awesome memory in your career?
J.E. – One of my most memorable performance experiences would have to be my Carnegie Hall debut. It is one of those iconic venues that we dream about as musicians, so to stand on the stage and sing was a dream. The view, the acoustics, it all just works and gave me shivers. I will never forget that moment.

Diego – going on with the stage thing… you have been doing through all these years many things which I guess demands a lot of rehearsal and of course commitment with each project… do you have a routine when it comes to get ready?
J.E. – It really depends on the project. I am performing but now also producing projects so my preparation is different. Practicing is key, but also getting in the right mental headspace. Focus is as much about preparation as it is about confidence and visualization, whether it is the audience, the text or the staging.

Diego – Well, not only the classics are your strong… you have an awesome debut Album that was a real achievement. In fact, I have to say was an honor be part of that Kickstarter project of yours. You must have quite a few anecdotes behind the curtains, lol…
J.E.- It is hard to believe it was released over 5 years ago now! It was a huge project and grew bigger than I could have ever imagined. I knew I wanted to record an album, but never thought I would have a full orchestra and such wonderful collaborators like Jonathan Antoine and Jennifer Thomas. I would say in life, if you don’t ask, you’ll never know and that was as much for kickstarter as it is in life. I have never been afraid to ask for help, to ask others to be involved because often they say yes and the worse that can happen is a no, but if you don’t try you’ll never know.
There are so many anecdotes, but being in LA with a legendary mixer and recording in Michael Jackson’s former studio was insane. The history in that studio and seeing the way in which Dave Reitzas mastered the audio board was a true masterclass. I hope to get back into the studio sometime soon, but sadly the art of recording is harder and harder, especially as fewer and fewer people are willing to pay for music. Streaming just doesn’t pay off for all the time and effort and costs of production. Regardless, I will always cherish that album experience!

Diego – Now, you have a YouTube Channel… and a Patreon Page… of course many people know about this, but you know there are quite a few more out there that doesn’t know about it… which have been the main spark to make this happen? And what is really about?
J.E. – After the album, I felt I wanted to continue to create new content, and I stumbled upon Patreon. Basically it allows friends and fans to support my music and work with small amounts over time. IF I don’t create, I am not supported so it ensures that I am staying active recording and filming new music and releasing new videos. My hope is that YouTube will continue to grow and I am grateful to my current and perhaps future supporters on that platform!
http://www.patreon.com/estabrooks

Diego – You are always amazing us doing things… you have been in a movie? Is that true? What was it about?
J.E.- Many years ago I was part of the cast of a film adaptation of the opera La Boheme. The film is entitled The Bohemians and I have been told it should be coming out this year, but beyond that I’m not sure but I will keep you posted!

Diego – And singing in a through the Pacific? That was about Australia if I am not wrong… Oh man, you never stop!
J.E.- Do you mean my trip to Australia? Back in 2017 I had the opportunity to travel and debut a new classical crossover show all over that region. It was an amazing two months and a great way to see that part of the world! I hope to return. Fiji and New Zealand were certainly my favorites and I didn’t have nearly enough time in either.

Diego – Well, let´s face it you are more than a just a baritone now… as far as I can see in your Fb page you are involved in many other projects… and I mean many!
J.E. – In the last few years I have branched into more producing as well as singing. I felt drawn to that work, because there is an element of community and leadership there that is very different from being a soloist. I am extremely proud of the world I am doing in those worlds, producing concerts, charity singles and most recently helping to bring to life the studio recording of a new opera I was part of called ANNA CHIRISTIE. Look out for the world premiere album coming out August 16th on Broadway Records.

Diego – I need to ask, the only one singer in the family? Because seems not… lol
J.E.- Actually my father was very musical and was a huge influence to both my brother and I. My brother Bryan actually trained as an opera singer for many years and still sings though not professionally. Music is most definitely in our blood!

Diego – What are your plans, for the future?
J.E. – Looking forward to the release of ANNA CHRISTIE and an upcoming recital in Canada on July 16th then some much needed vacation before diving into a cabaret project and possible touring show. I’l keep you posted!

Thank you very much Jonathan for this great Coffee Talk we have even had by email. As always it is a pleasure to hear from you and your projects. I hope that in a not too distant future we will have the opportunity of a hug and why not another coffee!

You can get more info about Jonathan Estabrooks, following his different social media: 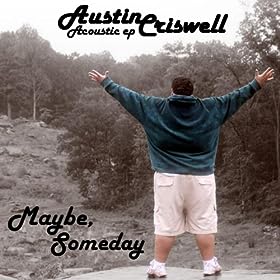 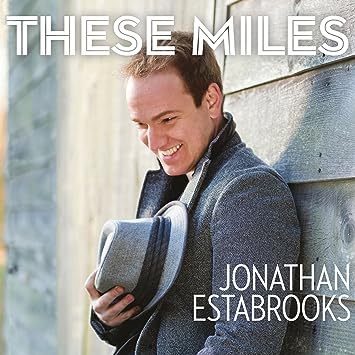 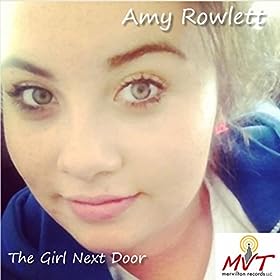 [Spanish] Si me preguntan el porque de mi blog… pues hace rato que yo me pregunto lo mismo…. [English] If I'm asked about why my blog…. I'm asking myself the same since a while ago.

My Art is my Food
https://comfyfat.com/

[Spanish] Si me preguntan el porque de mi blog... pues hace rato que yo me pregunto lo mismo.... [English] If I'm asked about why my blog.... I'm asking myself the same since a while ago.

4 out of 5 dentists recommend this WordPress.com site

Ideas and inspiration for creating art with passion!

Sketch Away: Travels with my sketchbook

[Spanish] Si me preguntan el porque de mi blog... pues hace rato que yo me pregunto lo mismo.... [English] If I'm asked about why my blog.... I'm asking myself the same since a while ago.

Excursions into the Material Imagination/ Art by Willard

The Creative Panic
After the Final Curtain

Laura Quick's book The Quick Guide To Parenting is available to order on Amazon. A perfect gift for parents.

A blog about design